Our country has become divided between 2 political parties, each of which represent a wide range of people.  But the loud voices on the extreme left and the extreme right do not necessarily represent the majority of people in their parties, who land more toward the middle.
But since we are a busy culture. voters have little to no time to invest in researching candidates, so we vote along party lines, or are influenced by soundbites of news and commercials.

But you are here.

You care enough about your quality of life, your city, and your state to do at least a little research before you vote.  And for that we applaud you!  Perhaps you will see how voting for Joe Maffia is not voting "a Republican" into office who will side with the extreme right wing agenda.  But rather, voting for Joe Mafia IS voting for an intelligent problem solver with grit and determination to make changes for the good of the people he represents. He is not running for office for glory or power.  He is running because he wants to make a difference and he knows that he can.

As a Democrat or Independent, why should you vote for Joe Maffia?

Joe works well with others!  He is a moderate Republican who has experience with negotiation.  He is respected by people spanning the political spectrum and can “cross the aisle” to work for the good of the people he represents (instead of digging his heels in to support party lines for the sake of party lines).

Joe listens and is solution-oriented.  When he sees a problem, If needed, he will consult with experts until he finds the best solution.

My chief concerns for NY are relevant to all of us, not confined to political party lines: crime, quality of life, economy, and the arts (yes, the arts)!  We all want the same things, affordable housing, tangible benefits for taxes, public safety, and good quality of life.  Our differences would only likely be how we achieve these goals”.

Joe cares about people.  When you talk with him, you'll quickly see that his compassion is as immense as he is tall.  So, his solutions are not driven by an attempt to impress one kind of person by stepping on another.   Joe’s compassion and intelligence stimulate holistically oriented solutions that consider all persons involved in any problem.  We need holistic solutions to our very complex problems!

When I see another hard-to-watch video or read a news piece about a person with psychiatric issues harming someone else, my heart hurts: for the victim and a system that failed the perpetrator who needs medical care.  When I see a kid selling drugs, I know the solution is not just jail – but rather creating an economy with better job opportunities and more affordable housing.” 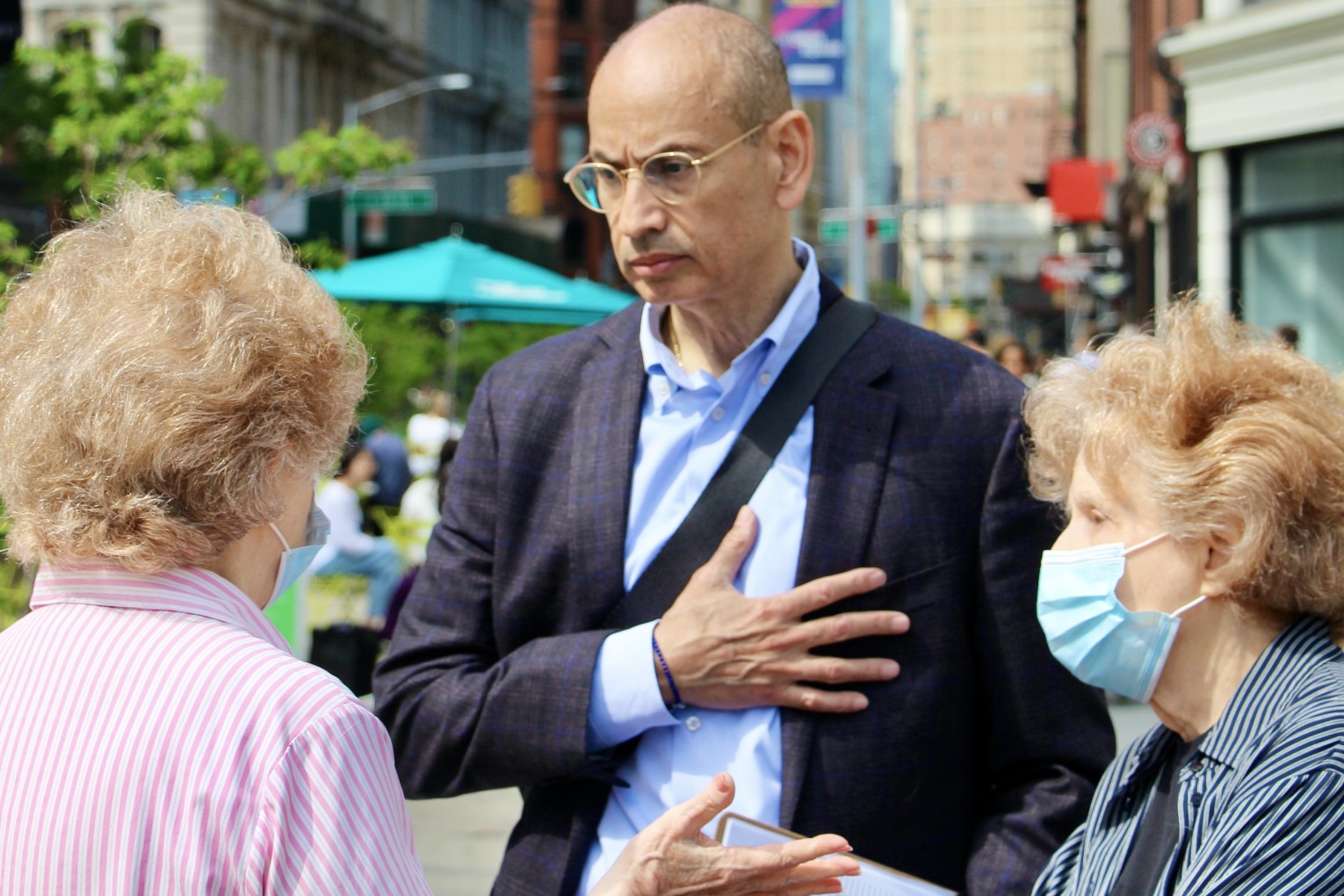 Human Rights! This election has huge stakes that make democrats terrified of voting for a Republican. But, on gay rights, women's rights, racism, and civil rights of all kinds, I am pro-human rights.  I believe all people are made in the image of God and deserve respect and kindness, and the opportunity to achieve the most with their lives that they can.   I believe that all people should be free to choose, have the opportunity to achieve whatever they want in life, and prosper.

Experience: I came from a poor, single-mom upbringing, worked my way through college, have worked for some of the most successful accounting firms in the country, and then built a very successful practice of my own.  I’ve been actively involved with civic groups and non profits around NYC for over 30 years, and have a long list of credentials that make me qualified to address the fiscal problems in Albany.  I have both street smarts and book knowledge - both put into very practical use over the decades.  I am passionate about education and the Arts because both saved my life.  Now I also teach at CUNY, Hunter College, and will continue to serve my community in every way I can whether as an elected official or a private citizen. 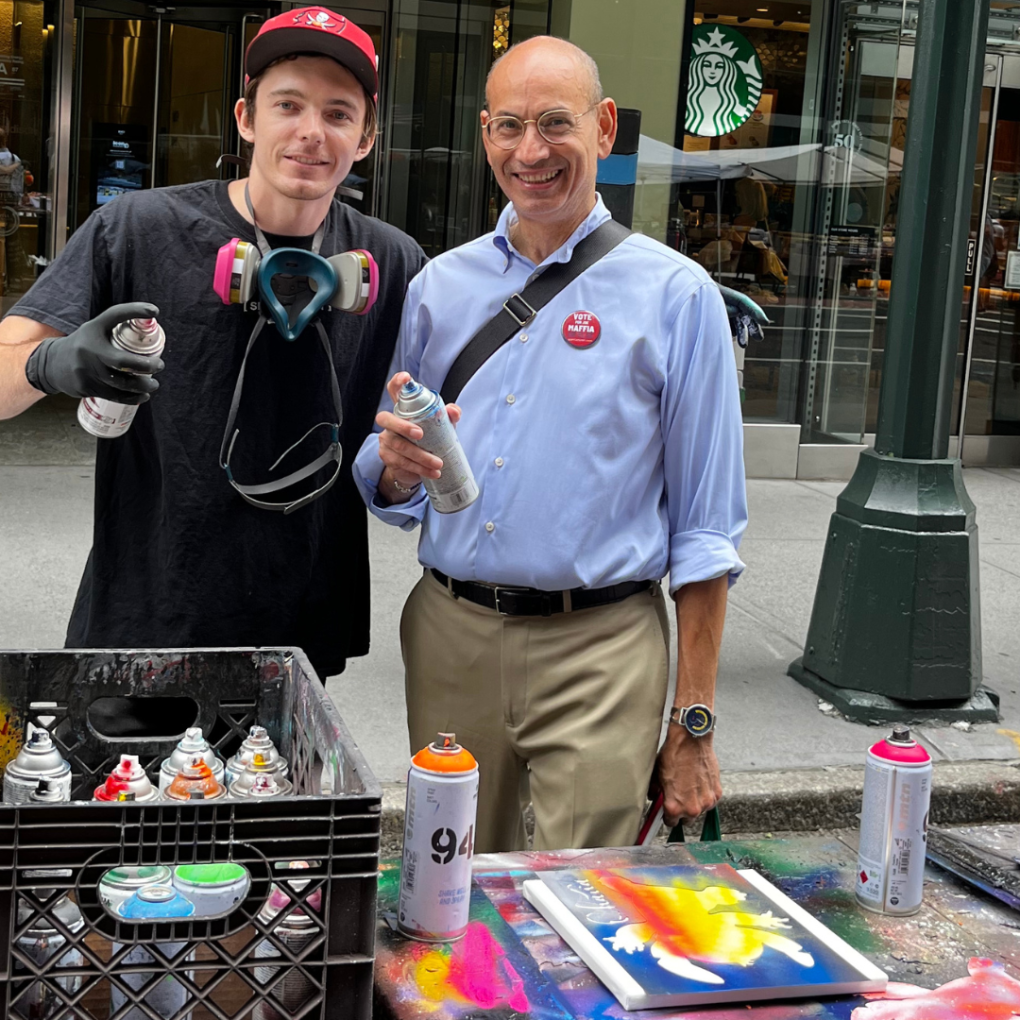 Arts & Economy:  The 75th Assembly district is primarily a business and commercial community in the heart of New York City with approximately 140,000 residents and millions of commuters and tourists. About half of the 75th Assembly District resides in Chelsea. What is good for Chelsea's business and commercial communities will benefit all residents. Chelsea has nearly 200 Art Galleries and other cultural institutions. A cornerstone of Joe’s platform is the adoption of Arts & Culture districts ("A&C districts") to revitalize the neighborhood. Besides tax incentives for development and investment in the Chelsea community, Joe believes Art saves lives and will help Chelsea and Times Square address quality of life issues.

New York State is a monocracy, and we need a better balance of ideas and diversity of opinion in Albany.  One party rules the state, and the previous assemblyman in the 75th had been in office for over 50 years.We need a genuine multi-party democracy in NYS.  Voting for Joe’s opponent is voting for the status quo! The same district has led NYC in crime over the past two years.  So we certainly don’t need more status quo! 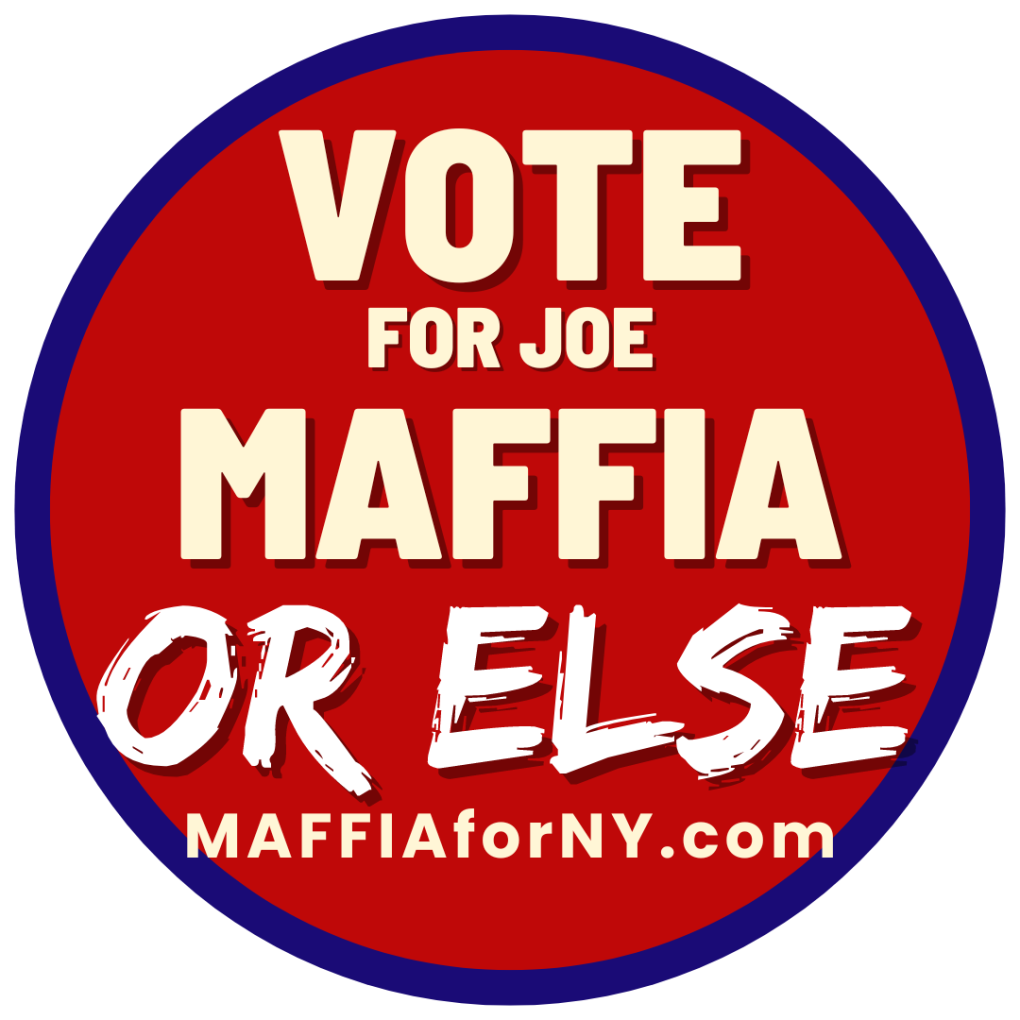 Vote for Joe Maffia, OR ELSE … you are voting for the status quo!

Please contact Joe with your questions via email, social media, or an IN PERSON MEET & GREET!  Details will be perpetually updated on this website and on social media!  He’d love to meet you!